History’s largest international conference is taking place this month to commemorate a series of milestones and assess progress on key environmental issues.  After thinking and writing about these issues for so many years, I hope readers will forgive the tone of this post, it’s admittedly ‘glass half empty’—on another day I might be more optimistic.

It’s been 40 years since the world’s first international Conference on the Human Environment was held in Stockholm in 1972.  Since then, anniversaries of these milestones have been held at various intervals, with the key turning point being the 1992 Earth Summit in Rio which established the notion of sustainable development and set the global agenda for the 21st century.

In the past 40 years, entire generations of people have emerged from poverty, gained education, raised children, fallen into war, lost their homes, tackled disasters, and accumulated debt.  Countries have been formed, economies bankrupted, and entire societies have risen, fallen and stagnated.  The unrelenting trends of environmental destruction have been unshaken by these human earthquakes.  Virtually every curve follows the same pattern: from carbon emissions to depletion of the ocean fisheries to accumulation of plastics, the trends are unchanged.   The human acceleration of the carbon cycle, depletion and degradation of energy, growth in global population, and accumulation of wastes has proceeded at an unrelenting pace.

In 1992, Agenda 21 listed a series of aspirational goals: international cooperation, peace, and participatory sustainability were among them.  It was optimistic and mediocre.  It was the best we could do at the time, and in hindsight, probably the best we’ve ever done.  Looking back now, we can see the forces that were brewing to both advance and hobble the emergent global consensus.  Businesses got on board for the first time: tired of being labeled the enemies, and realizing the need to forestall government actions, they either went wholesale for a radical re-hauling of their practices or threw money and marketing at the problem to change perceptions.  All these years later, it’s hard to say which tactic had the greater impact.

As the environmental damage of some business activities became harder to avoid, reduce or hide, businesses changed tactics.   They labeled their environmental critics as ideological nutcases or foreign enemies.  Scientists were a tougher community to silence, but not impossible.  Funding think tanks to stir up doubt about global warming and buying politicians bought some industries some time to become too big to fail and so lock governments into subsidizing them when the inevitable crisis hit. 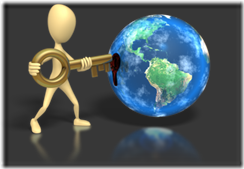 For their part, the environmentalists were caught off guard by the ferocity of the counter-attack.  Hostage to the business cycle, their pessimistic message found solid ground in those populations whose stakes were lower and who had the most to gain from changes: the lower middle and upper middle (both countries and classes) had sufficient resources to spend with some discretion and when given a choice that make economic sense, they were willing and able to make changes.  They created new green enterprises, touted urban farming and wind and solar energy, and focused on changing the local level, leaving the large businesses the global field upon which to play.

In taking this hunker-down survivalist approach, however, many forgot that their local environments were dependent on the global in inseparable ways.  Their urban and suburban lifestyle was oil-fuelled and globally-adapted and vulnerable at its very core.

Governments essentially vacated in the face of irresolvable differences: they were derailed by issues of  fairness in compensation for losses, human rights claims, global inequities in resource distribution, and the unwillingness to give up any sovereign claims whatsoever.  While talking a good game, they utilized any and every opportunity to shift costs onto others and spare their own any discomfort.  The ‘others’ included future generations, other countries’ territories, and other species.  To be fair, there is no room for heroes in environmental negotiations, since the fault is increasingly everyone’s, and so, essentially, no one’s.

There are real problems to be solved here: air, land and water pollution can be reduced, species can still be saved, warming can be either accelerated or slowed.  Imagine what might be done in the next 40 years.  The earth cares not about how these things are accomplished, just whether they are.

My background includes graduate work in Political Science at York University's Centre for International and Security Studies, a one-year travel-study tour around the world focused on issues of peace and conflict resolution, and almost 20 years of teaching subjects from International Development to Canadian government.  I have researched and published on topics like ecological modernization, global environmental governance issues, protected areas governance in North America, environmental discourses, disaster risk reduction, global health, and environment and trade in Canadian foreign policy.  I am Associate Editor of the Canadian Journal of Development Studies, past editor of Unsettled Balance: Ethics, Security and Canada’s International Relations, and Ethics and Security in Canadian Foreign Policy, both with UBC Press. Recent article:  Governance for resilience: Canada and global disaster risk reduction, Canadian Foreign Policy Journal, 26:3, 330-344, DOI: 10.1080/11926422.2019.1699129.  I am Co-Director, along with Andy Knight, of the Canadian Defence and Security network’s Global Health Security Theme. I am a Research Fellow with the Earth System Governance Project, Chair of the local Steering Committee of the Global Empowerment Coalition of the Central Okanagan (BCCIC Chapter), and Board Member of the Canadian Environmental Network. I speak and write publicly often on political issues of the day. All views my own.