In 1974, Immanuel Wallerstein argued that the world was composed of three types of economies: a core, a semi-periphery, and a periphery.  In the core countries, capital-intensive manufactured products with high levels of complexity and value-added were the primary source of national wealth.  In the periphery, labour-intensive primary resource industries were the main source of wealth.  The semi-periphery countries mediated between the tw

o, but all countries acted in accordance with the principles of the global capitalist system. What characterized the relationship between the three regions was the terms of trade among them: core countries accumulated wealth by extracting resources and labour from the periphery.  In the outskirts, raw materials were traded for machinery and technology. The semi-periphery managed the relationship between the other two, with a mixed economy based on trade.

Even though Wallerstein’s analysis was applied primarily to Western and Eastern Europe, no one had any illusions at that time about who constituted the core, and who the periphery.  At the commanding height of the world economy, the US was unrivalled as a trading powerhouse, the most efficient and competitive economy in the world, the driver and reference point for development for all countries (including the Soviet Union, the ostensible rival).  Americans were the world’s consumers, traders, thinkers, workers, and investors.  America defined the ‘core’ of the world economy. 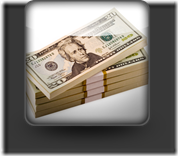 Today, Asia is the world’s factory and an exporting powerhouse, sucking in raw materials from abroad at a ferocious rate.  China is becoming the world’s braintrust, transforming trade goods into high-end tradable commodities and changing their workforce using technical and business knowledge to ‘reverse innovate’ new products and services. Today, Hollywood movies are released in China and India a full month before anyone in the US can see them.   Australia, Canada, the Middle East, and South Africa, formerly the nimble trading members of the semi-periphery, are now repositioning themselves as raw materials and commoditiesproducers, supplying the forests, minerals, food, and fuel for the new core countries.

In this post-modern world-system, unrecognizable as it is from

that of 50 years ago, the core and periphery have switched places.  It is not so much ‘flat’ (as claimed by Thomas Friedman) as ‘bumpy’; with hills and valleys defined by the underlying forces of finance and production.  Sometimes the ‘bumps’ create stranged bedfellows, as Greece and Germany are discovering.   It is highly intermingled, more like a ‘neo-Medieval’ system of interlocking interdependencies coupled with rigid underlying hierarchies.

But as Wallerstein recognized, exactly which country plays which role is irrelevant. All of the things that are often deemed to make civilizations unique, like values, culture, soft power, technology, and even military prowess, are less important than the underlying patterns of wealth and exchange that dictate the range of motion that a country has.   Assuming, as America and Canada have recently, that one is immune to the disciplining forces of capitalism, and that capitalism will only ever  work in your own interests and against those of your competitors and partners; is a myopic failure of vision.  It assumes that only one vantage point exists or even matters, and neglects the realities of the new post-modern topsy turvy world.

Continuing College Professor at Okanagan College, all views are my own, not those of Okanagan College. My background includes graduate work in Political Science at York University’s Centre for International and Security Studies, a one-year travel-study tour around the world focused on issues of peace and conflict resolution, and almost 30 years of teaching subjects from International Development to Canadian government. I have researched and published on topics like ecological modernization, global environmental governance issues, protected areas governance in North America, environmental discourses, nature rights, health and security, and environment and trade in Canadian foreign policy. I am also energized by educational technologies and the latest news and information about teaching and learning in higher education. I am currently a Research Fellow with the Earth System Governance Project, Board member for the BC Council for International Cooperation, Chair of the local Steering Committee of the Global Empowerment Coalition of the Central Okanagan (BCCIC Chapter), Board Member of the Canadian Environmental Network, and Board Member of the Okanagan Sustainability Leadership Council.